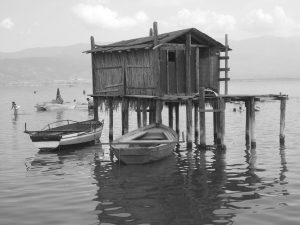 The church was built in 1848 with voluntary contributions from the Dojran believers. The chief architect was Gjorge Novakov from the Veles village of Papradiste. She was supposed to serve all Dojran Christians, but instead, she became an apple of discord. After the construction, the Turkish sultan issued a decree giving it to the Greek priests, ie the Greek patriarchate. Because the Dojran believers did not understand the Greek language, they asked the sultan to give it to them for administration….

The clock tower of Dojran was built in the 14th century. According to the legend passed down through many generations, the tower was built by Evrenos-beg, in honor of the conquest of Dojran. During the First World War, the tower was partially destroyed, and it remains in the same condition today.

The bath is located in the upper part of Dojran, inhabited by the Turkish population, in the past. The time of construction is not known. 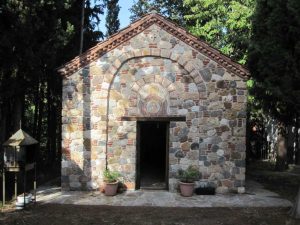 St. Mary Magdalene is the main monastery church in the Parthenius Zografski monastery complex in Star Dojran . It is one of the three churches in the monastery.

Established in 2011 and raised by the idea of having a unique open-air music event that will offer an alternative for satisfying the need for a summer festival at the authentic and outstanding Dojran coast – “D FESTIVAL” has already confirmed and justified its initiative in the best way. It is a young festival which is always held in a perfect atmosphere that constantly leads to euphoria and represents a unique evening drive on positive energy, contributed by the thousands of fans and the finest artists of the local, regional and world music scene.